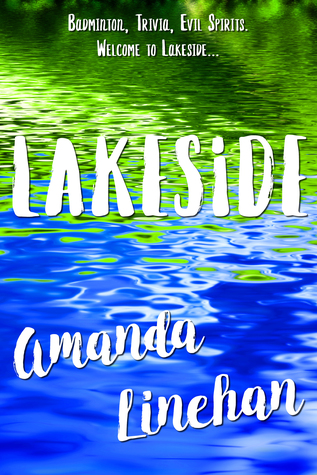 Seventeen-year-old Jemi is the new girl in town. Again.

After moving with her mother to the town of Lakeside, Jemi finds herself thrown into a busy life with new friends. Amid an array of new activities, she volunteers to clean up the town lake and its surrounding park, which is rumored by superstitious locals to be controlled by evil spirits.

When her project is sabotaged by a jealous classmate, Jemi is ready to throw in the towel. But with the help of her friends, an eccentric millionaire, and an array of memorable townspeople, Jemi takes back her project and learns that sometimes the way to success is to hang on and let go.

Because in Lakeside, there’s always more than what meets the eye.

I received a copy of this book from the author in exchange for an honest review.

Overall, I enjoyed this book. I thought it was a fun lighthearted read about a girl who started out wanting to do something simple and ended up with a lot more on her plate than she intended. I thought Jemi was an interesting, thought out character who was easy to relate to. She reads like an every-person. She moves around a lot and isn’t used to being in one place for very long, so the long term project she ends up with is something very new to her.

There were parts of the book that I think were stronger than others. There were a lot of characters. So many that at times it gets hard to remember who all of them are and some seem to blend in together. It was easy to get lost in a number of characters and it felt that some characters didn’t get a full arc and drop off in the middle of the story and don’t show up again. There is also a lot going on. Jemi takes on a lot of projects very quickly, and although she follows through with most of them, some she doesn’t. It felt like there was a bit of a lack of focus at points.

I was left wanted to know more about the spiders. It felt like I was going to get more about that side of the town but it felt underdeveloped.

I loved the dialogue. The banter between characters read as one would speak. Teenage banter, easy to see as real and authentic. There may be a lot of people, but they all speak in a natural matter.  Jemi was a great character, so was the environmental science teacher. The were developed and intriguing.

The writing was thoughtful and interesting. I really enjoyed Ms. Linehan’s writing. I found myself reading a large amount of this book in one sitting, and finishing it up the next afternoon. I

I enjoyed my trip to Lakeside, I think I will be looking into more titles by this author because I enjoy the way she writes.