The lovely ReadbyChris tagged me and I  am thrilled to be tagged in one of these cool question things that I’ve been seeing, so thank you very much 😀

If you could only read one book genre for the rest of your life, what would it be and why?

I am a big fan of slow burn romance. I have a bookmark folder of 120K slow burn fanfiction. I am a sucker for reading about people fall in love, preferably YA. I would say that I probably have the most romance stories on my bookshelves.

If you could add a character from one book to another, which book would you add which character to and why? (Does this make sense? Lmk.)

This is a tricky one. I mean, there is a character from the Maureen Johnson Suite Scarlett series, Spencer Martian, that is just funny and is great that I would like to hang out with, but when it comes to fandom crossovers, I’m not a fan.

What is your favorite book to movie adaptation and why?

Harry Potter and the Chamber of Secrets– Most of the Harry Potter movies don’t live up to the book. But I am quite partial to this particular movie. I have no logical explanation, but that it’s always my answer when I am asked this question.

Also, Simon Birch, which is the film adaptation of part of A Prayer for Owen Meany by John Irving, is good. Owen Meany is my favorite book, so I’m very protective of it, but I think that the parts of the book that were turned into a consumable movie and the changes that were made to fit it into a 2-hour movie were well done and true to the story.

I read mostly in my room from the time I get home from work until primetime TV starts. There is no standing in my way when it comes to my shows. I also read a lot on the weekends. Durning the summer there is this great tree in a park behind the theater that the aforementioned improv troupe performs that it a great reading tree.

I listen to audiobook after lunch at work and sometimes when I drive if I don’t have a Podcast to listen to.

Silly question – Do the “Me in three fictional characters” challenge, and explain why you picked them.

This is the hardest question ever. I’m not going to lie. I was one of the few people in my facebook feed that did not complete this challenge because I got nothing. But I will do my best.

SO I took a personality test and got INFJ, which makes sense, and then I googled fictional characters with that personality type and although I don’t agree with many of them (I am not a Remus Lupin) I do agree with some (I am THE BATMAN) so I asked my friend Jen, who was very not helpful, then came up with this list.Only one of these characters are from a book which I think was the point but this was hard and shhhhh. 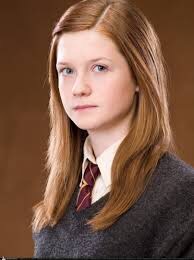 Ginny Weasley: I am Ginny because I have loyal friendship and will ride or die with my friends. I am always torn between if I am more Hermione or Ginny, but I’m Ginny. She’s my favorite character in the books, the oft-overlooked sibling that has to find her own footing and make a name for herself. The movies treat Ginny so poorly, but she’s fierce and fantastic. 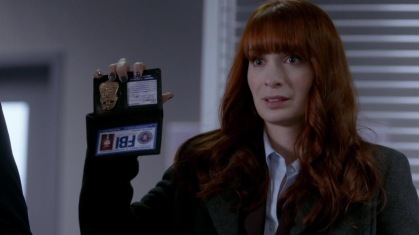 Charlie Bradbury from Supernatural: This was a suggestion for a friend of mine that I did GiShwHes with a few years ago. Thinking about it, Charlie has many of the same qualities as Ginny. They are both semi-reluctant heroes who know who are thrust into situations they wouldn’t seek themselves and through sheer force of will do what they have to do to protect what and who they love. Charlie is also a giant nerd. Although I am not into gaming and cosplay exactly, I see qualities of myself in Charlie. 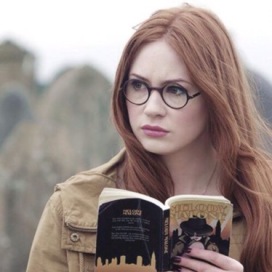 Amy Pond from Doctor Who: Amy was the second character on the list of INFJ characters that I was like “yeah okay.” The first was Batman. Amy has less of a reluctant hero vibe to her, but watching her relationship with Rory and Eleven she does have that ride or die will literally do anything to protect the ones she loves. I mean, look how her story ends. Amy didn’t want a normal life, she was touched very early in life by something amazing and spent the rest of her life trying to figure out what it mean. There are pieces of me that I that understands and seeks that out.

And maybe I just really have a deep desire to be a badass redhead?

Okay, so I haven’t been at this blogging game long enough to tag people– it’s barely been a month. I don’t really know people yet. So I am going to leave that part open to y’all.

Until next time Internet